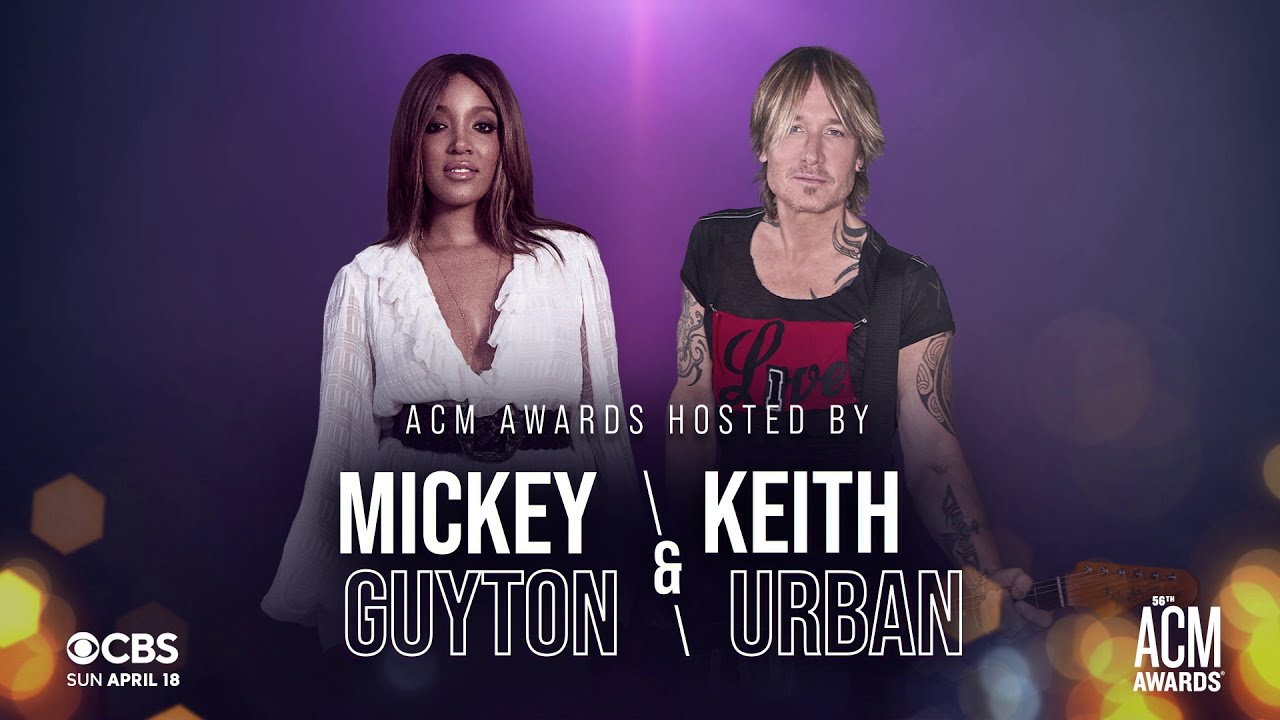 The 56th Academy of Country Music Awards will be co-hosted by Keith Urban and Mickey Guyton on CBS beginning at 8 p.m.