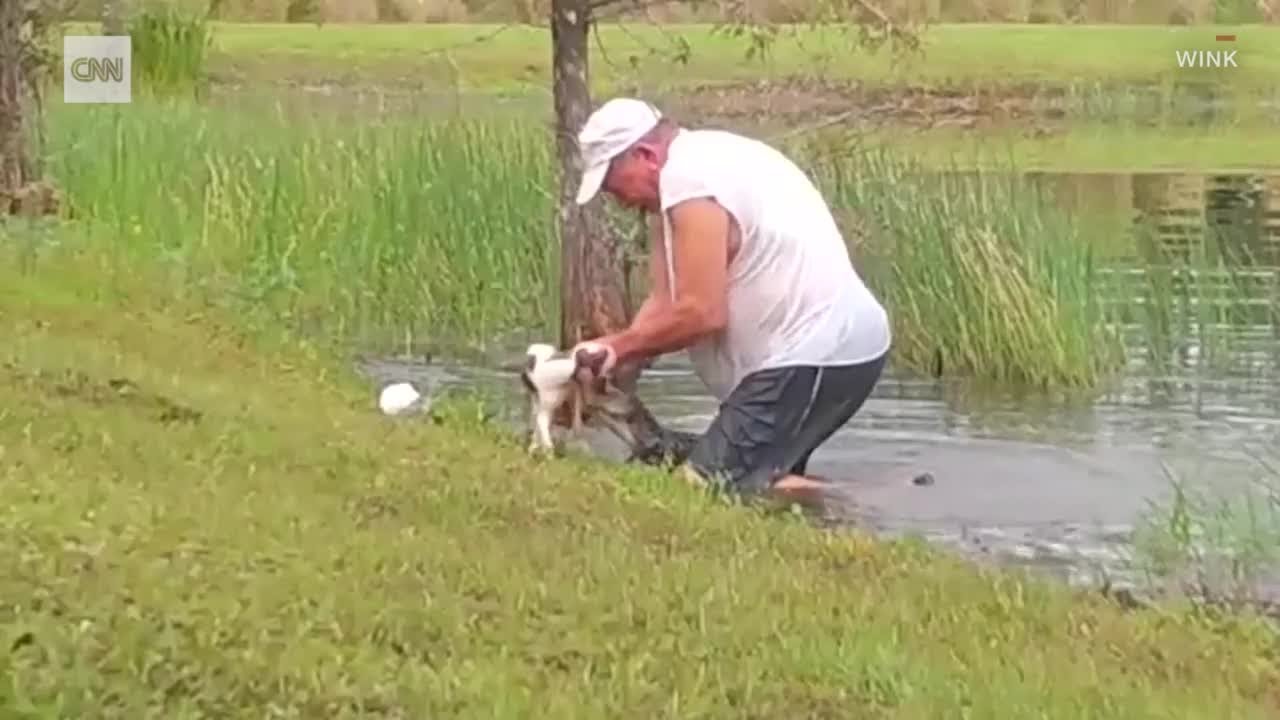 This video is tough to watch – but it’s not gory, however if your an animal lover, it may be too tough.

A Florida man valiantly saved his new puppy from the jaws of an alligator. Richard Wilbanks, who’s 74 years young, was just enjoying the sun when he heard his new puppy, Gunner, crying.

Richard, who is an avid hunter, reacted quickly, jumped into the pond, and grabbed the alligator and pried its jaw open,

It was a small alligator by the way – but still – the stuff of nightmares!

Gunner,is a three-month-old Cavalier King Charles spaniel. Richard said he only got a few cuts from the rescue, and the puppy is OK.

The late October incident was captured on video because Richard participates in a program where residents who live adjacent to wild habitats let the Florida Wildlife Federation put cameras on their land to document animals.

By the way the alligator was removed from Richards  backyard.

The highlight was that Richard was able to keep the cigar he was smoking in his mouth while he rescued the little guy.